Following news earlier this month that the planned $4.8 billion acquisition of Netherlands-based TNT-NV and a provider of mail and courier services and the fourth largest global parcel operator, by FedEx may be showing signs of coming closer to fruition, with TNT’s shareholders formally giving their blessing on the proposed deal, the deal’s prospects improved further yesterday.

The statement concluded by saying that FedEx and TNT continue to expect that the Offer will close in the first half of calendar year 2016.

This news represents a shift from late July, when the EC launched an investigation to assess if the proposed acquisition “is in line with the EU Merger Regulation,” adding that there are concerns in regards to various European markets for both international express and deferred small package deliveries, with the merged company facing insufficient competitive constraints from UPS and DHL, the other two large remaining players in that space.

And it added that such a scenario could lead to higher prices for both businesses and consumers. The European Commission said it has…until December 7, to “investigate the proposed acquisition and to determine whether these initial concerns are founded.”

The Wall Street Journal reported on October 1 that European regulators are mulling demanding concessions for this deal, like asset sales, that could alter the current path of this deal. 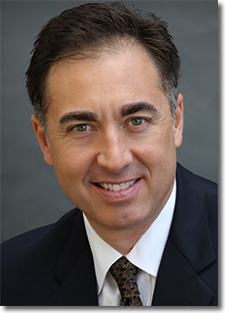 “It is good for FedEx, and it’s good for EU shippers, it actually makes the market more competitive”Rob Martinez, President & CEO, Shipware Systems

And it added that European Union regulators could serve FedEx with a formal complaint listing their concerns by around mid-month, noting that a move like this usually is followed be negotiations over potential discussions. Should FedEx be required to sell assets, the WSJ said that finding a viable buyer could be hard as TNT only has two true European customers, UPS and DHL.

This is not the first time TNT has been featured in a deal with the prominent global parcel payer. In 2012, it was close to being acquired by FedEx’ chief rival, UPS for $6.8 billion, but the deal was squashed, following a formal decision from the European Commission, the executive body of the European Union, which prohibited the acquisition. Many of the EC’s concerns over the deal were due to the competitive parcel landscape in Europe.

Earlier this month, FedEx officials said the meshing of FedEx and TNT Express presents a highly pro-competitive proposition for the provision of small package delivery services within and outside Europe.

They added that the networks of TNT Express and FedEx are largely complementary, given that FedEx’s strength is providing U.S. domestic and extra-EEA international services, while TNT Express’ focus is on providing intra-European services while also noting that the Combination would allow the parties to sell a more competitive e-commerce offering in the market, which should benefit consumers and SMEs in Europe and beyond.

FedEx agreeing to pay TNT $200 million in the form of a breakup fee should the deal not come to fruition. TNT and FedEx said that the European regional headquarters of the combined companies will be in Amsterdam/Hoofddorp, and that the TNT Express hub in Liege will be maintained as a significant operation of the group.

As for any antitrust issues that may arise from this deal, FedEx and TNT said that these concerns can be addressed in an adequate and timely manner.

Read: Is Amazon About to Disrupt Another Billion-Dollar Market – 3PL Logistics?

TNT has grown into a highly respected $6.680 billion euro company with diverse revenue streams from around the world with operations in more than 200 countries in Europe, the Middle East, Asia Pacific and Latin America.

The company has a substantial group of assets, including aircraft, vehicles, hubs, and depots, which cumulatively account for about 1 million deliveries per day handled by its nearly 80,000 employees. In 2014, it kicked off new productivity and efficiency plans, which included a restructuring of its management team and investments into its people, processes, IT systems and institutional competencies, whilst facing stiff competition and adverse trading conditions, particularly in Western Europe TNT CEO Tex Gunning said on the company’s fourth quarter 2014 earnings call.

Rob Martinez, president & CEO, Shipware LLC, a San Diego-based parcel consultancy, said this deal is good for TNT, whose financial volatility on its own is in question.

“It is good for FedEx, and it’s good for EU shippers,” he said. “It actually makes the market more competitive in our view.”

In April, Martinez told Logistics Management that the acquisition of TNT Express by FedEx makes strategic sense for FedEx to immediately grow its European capabilities, distribution footprint and market share.

“While FedEx already operates a sizeable air fleet in Europe, TNT now gives FedEx an expansive Ground network throughout the continent, especially within France and the UK where FedEx does not have a strong road network,” he said.

“Conversely, it’s a good move for TNT to expand global capabilities to its customer base, especially in North America. With this acquisition, FedEx will immediately become the second largest operator with a combined 17% of the European market share. DHL has an estimated 19% market share, UPS about 16%. Unlike the failed acquisition of TNT by UPS in 2012, EU regulators are less likely to object since FedEx has less presence in Europe, less than 5 percent of the market share.”