FedEx to Settle Driver Lawsuits in 20 States for $240M 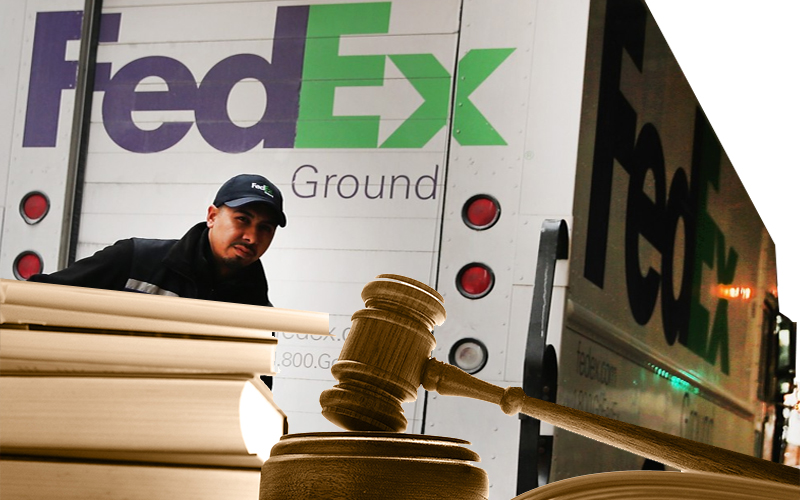 The settlement, if approved, would be divided among 12,000 drivers, some of whom would receive tens of thousands of dollars,Beth Ross, lead lawyer for the plaintiffs, said in an email.

Until 2011, FedEx contracted directly within dependent contractors, allowing the Memphis, Tennessee-based company to save on taxes, fringe benefits, health care costs, pensions and other workers’ costs.

The deal, subject to approval by a federal judge in Indiana

where the cases were consolidated, would end nationwide litigation claiming that because drivers were required to use company-branded trucks, uniforms and scanners, FedEx was their employer under federal and state laws.

The drivers claimed that as employees they were owed overtime pay and reimbursement for expenses, among other benefits.

“The $228 million settlement, one of the largest employment law settlements in recent memory, sends a powerful message to employers in California and elsewhere that the cost of independent contractor misclassification can be financially punishing, if not catastrophic, to a business”

To put the size of the settlement in further context, the amount matches what the U.S. Labor Department has collected in back wages through enforcement of wage and hourly pay laws during the past seven years.

“If the litigation were to continue … a final resolution would be several years away, and would require significant time and expense to resolve the complex liability and damages issues presented,” the drivers said in court filings on Wednesday.

The filings in New York, Texas, Pennsylvania and other states said both sides faced significant risks in moving forward with the lawsuits, the first of which was filed in 2005.

FedEx said in a statement on Thursday it was pleased to end the lawsuits. The company first said it would settle in a quarterly report filed with the U.S. Securities and Exchange Commission in March.

FedEx in 2011 stopped working directly with independent contractors and now contracts with other businesses that employ drivers.

The tentative agreement follows a federal judge’s approval last year of a $226 million settlement in a similar case in California and rulings by two U.S. appeals courts that FedEx drivers are employees under state laws.

Misclassification lawsuits have been on the rise over the last several years, with high-profile cases filed by exotic dancers, nail salon workers, and drivers for ride-hailing services Uber Technologies Inc and Lyft Inc.

Uber said in April it would pay up to $100 million to 385,000 drivers in California and Massachusetts who claimed they were misclassified and owed overtime pay, tips and reimbursements for expenses.

Lyft has asked a federal judge to approve a $27 million deal in a similar case in California.

The case is In re FedEx Ground Package System Inc Employment Practices Litigation, U.S. District Court for the Northern District of Indiana, No. 3:05-MD-00527.