The rate and surcharge changes are to address the impact of increased costs, changing demand for select UPS products and other market factors. By Jeff Berman

UPS said that effective December 28, UPS Ground rates and accessorial charges will head up by an average of 4.9 percent.

UPS Air and International services and accessorials, including UPSAir Freight rates within and between the United States and Canada will increase by an average net of 5.2 percent.

And rates for UPS Freight, the company’s less-than-truckload (LTL) segment, will increase 4.9 percent and take effect on October 26.

UPS also said that surcharges for Over Maximum packages and tables for Ground Air and International fuel surcharges will increase on November 2, and on January 4, 2016, it said there will be a charge for the company’s Third-Party Billing Service.

For the Third-Party Billing Service, UPS bills shipping charges to a party other than the shipper or receiver, with the third party required to have a valid UPS account number and must have agreed to accept the charges.

Company officials said that rate and surcharge tables are geared to address the impact of increased costs and changing demand for select UPS products and other market factors.

This announcement follows a similar one by UPS’s biggest competitor, FedEx, which the Memphis-based company announced in September.

UPS Rate Change Information
Effective December 28, 2015*, the published rates for our services will increase. This supports ongoing expansion and capabilities enhancements, as we strive to maintain the high service levels you expect from UPS.

As you look toward the year to come, here are some new enhancements that can help you and your customers:

Package
The rates for UPS® Ground services and accessorials will increase an average net 4.9%.

The rates for UPS Air and International services and accessorials will increase an average net 5.2%.

Air Freight
UPS Air Freight rates and accessorials within and between the U.S., Canada, and Puerto Rico will increase an average net 5.2%.

UPS Freight®
UPS Freight rates for shipments rated on the current UPS Freight 560 (US48), 525 (to and from Canada) and 570/571 (to and from Mexico) Tariffs will increase an average net 4.9%. These rates will be available at ltl.upsfreight.com beginning October 26, 2015, the effective date of these rates.

*The impact of these changes on your shipping costs will vary according to your shipping characteristics and the terms of your UPS agreement. For additional information and to review these new rates, visit ups.com/rates.

And FedEx Freight will increase shipping rates by an average of 4.9 percent.

FedEx will also be updating certain fuel surcharge tables at FedEx Express and FedEx Ground, effective November 2. These changes are being made due to what FedEx described as changing industry dynamics, including, increases in average package size and weight, and increased residential deliveries. 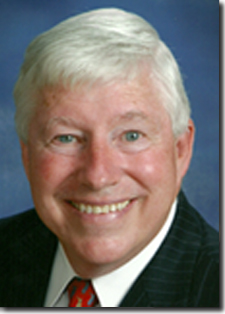 “This is a whopping 2.5 percent of the total invoice on top of the other announced increases for transport and accessories”Jerry Hempstead, president Hempstead Consulting

Rob Martinez, president & CEO, Shipware LLC, a San Diego-based parcel consultancy, said that the gains in UPS Air and International at 5.2 percent slightly edge FedEx 4.9 percent average, with that increase expected for two reasons: UPS daily rates in 2015 were less expensive than the FedEx published rates and it follows a historical trend in that UPS has increased air rates slightly above FedEx in each of the past several GRI (general rate increases).

And he added that Ground pricing seems to match FedEx exactly, as do many accessorial increases including an increase of $52.50 to the “Over Maximum Limits” fee (the new rate will be $110.00).

“What’s surprising is that UPS is again increasing its fuel surcharge effective Nov 2, 2015,” said Martinez. “Where FedEx’s latest announcement to increase fuel surcharges on 11/2/15 brought it more in line with what UPS charges today, the new UPS fuel pricing will again be higher than FedEx. It’s also important to note that UPS will implement the 2016 pricing on Dec 28, 2015, a full week ahead of FedEx.”

“Finally, UPS Freight pricing is also increasing an average of 4.9 percent effective Oct 26, 2015. To date, FedEx has not announced increases at FedEx Freight.”

One other finding cited by Martinez is that it appears UPS will abandon its “Standard” published rates with its 2016 GRI, as UPS standard rates match FedEx’ pricing. He said this is likely due to UPS feeling it no longer needs to match FedEx since the 2016 “Daily” rates will so closely resemble those of FedEx.

Jerry Hempstead, president of Hempstead Consulting, said that the biggest story with this announcement is the new surcharge for the UPS Third-Party Billing Service.

“Many companies bill third party because they have contractors do the pull/pack/ and ship for them, in particular in this time of virtual inventory and drop shipping,” he said. “This is a whopping 2.5 percent of the total invoice on top of the other announced increases for transport and accessories.”

“If a shipper was not adept to include in their contract language that precluded introduction of new fees and have in their agreement language that the shipper agrees to the terms and conditions in the carrier service guide at the time of tender then the shipper may be faced with this additional cost.”

This charge, said Hempstead, is going to eat up a lot of margin for many e-tailers, especially those that offer free shipping.

“There appears to be no end to the creativity of the parcel carriers to come up with new and improved methods and means to enhance yields,” added Hempstead.