In the wake of Amazon.com Inc’s disappointing financial results that sent shares plunging Thursday, analysts blamed rising costs to deliver goods, which increased to $4.5 billion in the quarter, up 24.4 percent from the same quarter last year.

And they sharply questioned the company’s plans to continue to make heavy investments in logistics, even at the expense of profits.

They wondered why it was planning to buy more assets like trucks, and reportedly to lease jets, and worried it planned to spend the money to take on shippers like United Parcel Service and FedEx Corp.

“The so-called (earnings) miss was half fulfillment and half marketing,” said Michael Pachter, a managing director of equity research at Wedbush Securities.

The growing popularity of Amazon Prime, which promises free, two-day deliveries for millions of online orders, was one of the factors driving up shipping costs at the online retailer.

Rising shipping costs are of particular concern to Amazon, which is the world’s largest online retailer.

To handle increased orders and speed up delivery, Amazon has opened more warehouses and is building its own delivery system.

But Amazon executives asserted on Thursday that they do not intend to compete against carriers like United Parcel Service and FedEx Corp. 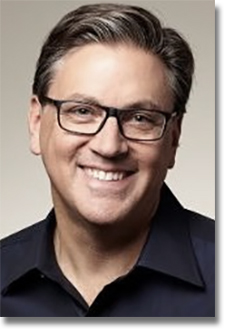 “We’ve had to add more of our own logistics to supplement our partners, not to replace them”Brian Olsavsky, CFO, Amazon

Analysts have speculated that the online retailer might one day become a logistics player itself, offering storage and delivery of items for other industries. Some have expressed worries about the costs involved in that endeavor.

UPS and FedEx handle the bulk of Amazon’s deliveries but Amazon has tried to take more control over its supply chain after a mixture of bad weather and a last-minute surge in e-commerce orders delayed deliveries during the crucial holiday season in 2013.

“Those carriers are just not able to handle all of the capacity that we need at peak,” Amazon Chief Financial Officer Brian Olsavsky said. “We’ve had to add more of our own logistics to supplement our partners, not to replace them.”

But he stopped short of ruling out the possibility of offering shipping to third parties, and did not address an analyst’s question about building its logistics arm into a separate business.

A Bigger Strategic Play?
Olsavsky’s comment makes sense, given Amazon had some trouble with its deliveries in previous holiday seasons, when its shipping partners couldn’t deliver in time. Plus, building a full-fledged logistics company is a huge endeavor that could cut into its costs and cause long-term volatility.

Amazon is currently spending more than 10% of its revenue on shipping, or roughly $3 billion last quarter. For a company that’s barely profitable, any measure to cut costs in this area would be a welcome thought.

Whether Olsavsky’s explanation satisfies everyone remains to be seen, but many analysts believe that Amazon could tap into an attractive new market if it decides to turn its logistics assets into a full-fledged business.

In fact, Baird Equity Capital recently wrote in a note that there are plenty of signs that point to an Amazon logistics business and that it has “powerhouse potential” to become a major player in the space.

“Among other opportunities, Amazon has ‘powerhouse potential’ in the large transportation and logistics market, dominated by global enterprises such as DHL and UPS. Our assessment of Amazon’s broadening fulfillment ecosystem, internal domain expertise, and early initiatives with Prime Now to offer third-party delivery suggests there is evidence Amazon may ultimately pursue more comprehensive third-party services,” it wrote.

Swift Transportation and Covenant Transportation Confront Amazon
As reported in the WSJ on Tuesday, two of the largest U.S. trucking companies brushed off the potential threat from the e-commerce giant saying there was plenty of freight to go around.

“Amazon’s trailer purchases are having little to no impact on our truckload segment,” said Swift Transportation Co., a large truckload carrier, in a conference call. “We currently operate several different facilities for Amazon across a variety of our suite of services and are excited about our potential growth with this partnership.”

Executives at Covenant Transportation Group, which works closely with Amazon because it specializes in expedited shipments hauled by driver teams that can stay on the road around the clock, said they also believe demand from Amazon will continue to grow.

“They’re growing so dramatically that it’s hard for anybody to keep up with what they are doing in the marketplace,” said Joey Hogan, Covenant’s chief operating officer, on the company’s quarterly earnings call on Tuesday. “They need every truck they can get their hands on.”

Amazon and others want to reserve trucks on the fly, as the location of their customers in relation to the goods they purchase can be unpredictable.

“People are calling at 3 a.m., at 5 a.m., saying they need 5 trucks, 10 trucks or 12 trucks. It’s a moving target,” Mr. Parker said. For the peak holiday season, the company has shifted to charging retailers by the day instead of by the mile because of the unpredictability. “The model is, ‘I need trucks. I don’t know where they’re going, I don’t know when the load’s going to be ready, [but] I need trucks.’”